The Magic of Mindfulness Meditation 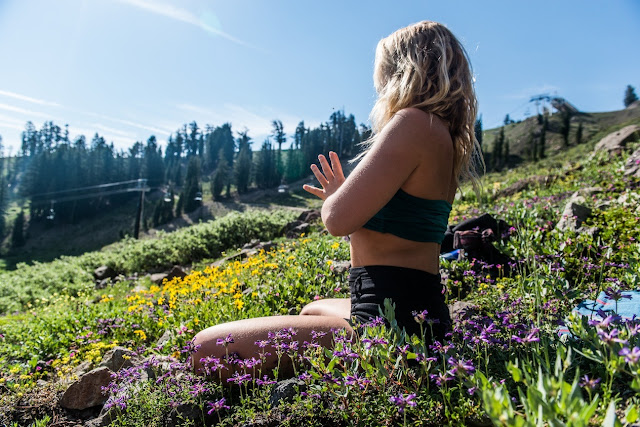 If you were told there was a free activity that you could do from just about any place in the world that could benefit your health, and even alter the levels of biomarkers (in a positive way) in the body, would you do it?

Hopefully your answer is yes. If not, maybe this new information will change your mind.
Meditation is responsible for improving health (both physical and mental) in numerous ways, and seems to continuously be brought into the spotlight for new benefits.

Whether it's reducing anxiety and it's residual effects, improving heart health, or lending a hand to mental stimulation and brain function, meditation is the gift that keeps on giving.

More specifically, the practice of mindfulness meditation has recently been touted for its positive impact on the body and its ability to reduce biomarkers in the body that are linked to inflammation.

“Mindful meditation is unique in that it is not directed toward getting us to be different from how we already are. Instead, it helps us become aware of what is already true moment by moment. We could say that it teaches us how to be unconditionally present; that is, it helps us to be present with whatever is happening, no matter what it is.”

And, what exactly are biomarkers? They're actually pretty important, especially when it comes to assessing a person's health, and treating potential illnesses–naturally, biomarkers vary from person to person, and thus can prove to be a very beneficial way of understanding each specific, individual, body's needs.

The National Cancer Institute defines a biomarker to be “a biological molecule found in blood, other body fluids, or tissues that is a sign of a normal or abnormal process, or of a condition or disease. A biomarker may be used to see how well the body responds to a treatment for a disease or condition.”
Now that we've gotten a rundown on mindfulness meditation and biomarkers are understood, here's how they're connected.

New research and studies have gone on to show the ways in which levels of biomarkers, and “brain connectivity” positively changed in adults, and more specifically stressed out adults, who practiced mindfulness meditation.

For the study 35 adults were chosen who were categorized as stressed, and looking for jobs. These adults were then taken on a three day retreat, the retreats in which they were sent off to were broken into two: a mindfulness meditation retreat, or a relaxation retreat program that did not include “a mindfulness component.”

According to Science Daily, each participant in the study was required to provide blood samples prior to participating in the retreat, and then again after, four months later, as a follow-up, the participants also were required to complete “a five-minute resting brain scan before and after the three day program.”

By comparing the brain scans of those who were on the relaxation retreat to those on the mindfulness retreat, the scans were able to indicate that those who had the mindfulness component showed brain changes that the relaxation group did not. The mindfulness meditation group showed increases in “areas important to attention and executive control,” Science Daily reports, they also showed “reduced IL-6 levels and the changes in brain functional connectivity coupling accounted for the lower inflammation levels.”

The study went on to show, and prove, that mindfulness meditation has a positive impact on health, and by as one of the lead researchers, Creswell said in Carnegie Mellon University News, “mindfulness meditation training improves your brain's ability to help you manage stress,” and in conjunction with managing stress, you're then able to manage the negative health impacts that come with it, “such as your inflammatory health.”

Do you use mindfulness mediation to manage your stress? Let us know in the comments below.