BPA-Free, But Still Not Healthy 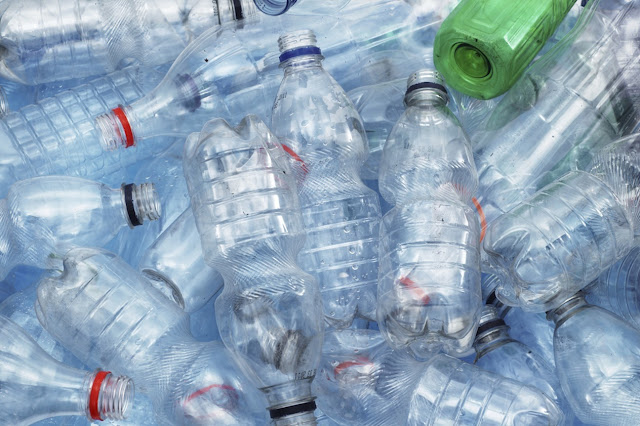 It seems that the longer we exist, the more we find that products we once used on a regular basis are being deemed harmful—both to us and to the environment.

Carcinogens in our shampoos, additives and teeth-rotting ingredients in our sodas, harmful chemicals in our plastic items... In an effort to make changes in the items we purchase and use, we opt for products that boast better safety, and less health risks.
So what happens when a product once touted for its safety comes into question?

While it was once thought that "BPA-free" plastic products were a safer bet, research is beginning to show that might not be the case. Bisphenol A (BPA) is an industrial chemical that has been linked to countless health problems, from endocrine, to reproductive, to neurological issues.

When evidence of these health issues came to light, BPA-free products were a seemingly easy transition. But now, researchers are looking to Bisphenol S (BPS), a common alternative to BPA that's used as a replacement in BPA-free products, and finding that it might not be a good substitute either.

In an article on the topic for Prevention, writer Marygrace Taylor learned more about BPS' similarities to BPA in its structure, and in turn, its effects, from Lindsay Dahl, the deputy director of the organization Safer Chemicals, Healthy Families. According to Dahl: “The chemicals have the same function [as BPA], which usually means they're similar in structure, and therefore have similar health effects.”

Beyond Dahl's analysis, a study was also conducted to test the effects of BPS in relation to those of BPA, using zebrafish. Researchers at UCLA were able to determine what kind of threat the chemicals posed on the “reproductive neuroendocrine system” of fish when they were exposed to low levels of both BPA and BPS.

Senior author on the study and reproductive endocrinologist, Nancy Wayne, spoke to CNN about her findings: “Our research showed that low levels of BPS had a similar impact on the embryo as BPA.” Wayne spoke to the effects this could potentially have on humans as well, saying: “Because of thyroid hormone's important influence on brain development during gestation, our work holds important implications for general embryonic and fetal development, including in humans.”

One of the most common and widely-used plastic products is the water bottle. And, as far as daily H20 habits go, some may argue that the convenience of grabbing a pre-filled, prepackaged plastic bottle of water beats trying to remember to bring a reusable one everywhere you go, or having to be careful with glass.

Which brings us to another issue.

According to Ban the Bottle: “The average American used 167 disposable water bottles [in 2007], but only recycled 38.” Not only is it incredibly wasteful, but the actual cost of getting the recommended eight glasses of water from plastic bottles when put up to bat against the cost you'd incur from filling from the tap is $1,400, versus a much more reasonable $.49.

Maybe that's enough encouragement to get a few people to make the switch. But if its not, now knowing more about the harmful chemicals in your plastic should be. Not only will your wallet be thanking you, but your body and the environment will, too.

This news extends beyond just water bottles, so consider ditching the plastic tupperware as well. Opt instead for glass, bamboo, ceramic, porcelain, or stainless steel alternatives. Check out Fressko for a stylish and safe glass/bamboo hybrid bottle—they are sustainable, reusable, and chemical and BPA-free (not to mention, the design is perfect for those who love fruit-infused water!).

If You Can't Part With Plastic

Not ready to make the switch? That's OK, change isn't always easy. But it's important to know the ways to minimize health risks when it comes to using plastic on a regular basis.

Invest in a pair of rubber gloves and get to scrubbin'—you're going to want to avoid putting plastics in the dishwasher or the microwave. According to the Mayo Clinic: “The National Institute of Environmental Health Sciences, part of the National Institutes of Health, advises against microwaving polycarbonate plastics or putting them in the dishwasher, because the plastic may break down over time and allow BPA to leach into foods.” Since research is weary even of BPA-free plastic products, you're best to avoid this treatment with them as well.

Oh, and that bottle of water you forgot in the car all day? Avoid that, too. Real Simple reported on a new study that suggested “time in the sun could release harmful chemicals in plastic bottles.”

Does this research surprise you? What do you use instead of plastic? Share in the comments below.