Originally published on YOGANONYMOUS — May 24, 2016 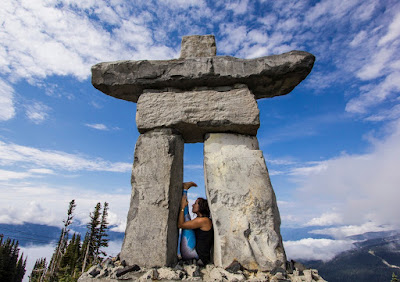 Yoga, in general, does not tend to collide with things. Rather, it has a way of harmoniously working together in conjunction with other things.

Take rage yoga, SUP yoga, and even beer yoga, for instance... The connection—the correlation—almost feels like it was already there, it was kismet, just waiting to be happened upon. So, it's really no wonder that art and yoga have come together in a new (and exceptionally visually inspiring) way.
As a means to unite the world of art with yogis, museum yoga was born.

Of course, it's not difficult to see why the two are a match made in heaven, nor is it difficult to find the ways in which yoga and art meld together—especially in movement. Much like an artist's brush flows against a canvas, or a sculptor's hands intrinsically move across clay, we go through the same creative motions on our mats. While we may not create physical, material artwork, the metaphysical work thats being done is no less transcendent, or beautiful.

In 2014 at the famed Museum of Modern Art, hundreds of yogis flocked to the sculpture garden for practice. Yoga teacher Elena Brower explained to abc7NY how the presence of art affects the yoga class: “The art that surrounds us, the intention that surrounds us, absolutely informs the practice.”

Pairing yoga and art museums is not necessarily something new to the States, but to those “down under” it's a trend that's starting to gain traction. According to ArtsHub: “Sydney Opera House and the Museum of Contemporary Art Australia have captured on to the trend.”

The Asian Art Museum in San Francisco found that yoga classes amongst the art were as educational as they were spiritually enlightening. As Allison Wyckoff of the Asian Art Museum told Yoga Journal:
“Some of our most successful programs are more spiritual, meditative programs, we have an incredible collection for that... We wanted to offer a yoga class to really get people thinking about the connection between our collection and this time-honored practice.”

If you're looking for inspiration and a way to rejuvenate the body, mind, and spirit, perhaps try interweaving art—and artistic influences—into your yoga practice.
Photo by Jake Laub